How to Start A Large Synchronous Motor

Synchronous motors, as the name implies, rotate at a constant (synchronous) speed. The rotor of this type of motor is a wound rotor, which receives its excitation (magnetizing) current from its excitation system (a separate DC power supply with a controller). Compared to induction motors, synchronous motors, although more expensive and requiring more maintenance, are used for applications requiring constant speed (such as in the textile fiber and paper industries), high operating efficiency and controlled power factor. These last two factors are especially important above 1000 kW. Large plants often use synchronous motors to drive central air compressors. A single large synchronous motor can be used to control the plant-wide power factor and compensate for the lagging power factor of a large number of small and medium-sized induction motors.

Therefore, we need some way to start a synchronous motor. Once the rotor reaches a speed starting device close to the synchronous speed (>95%) through some time, the excitation winding will be excited and therefore the motor locks into synchronization.

As for the method of starting a permanent magnet synchronous motor used in a variable speed drive, we can use a PWM inverter to slowly start the motor at a reduced frequency. In this case, the information about the initial rotor position can be used to generate a high starting torque.

Synchronous motors have certain advantages in certain applications. They are the obvious choice for driving large, low-speed reciprocating compressors and similar equipment with motor speeds below 600 rpm. They are also useful on many large high-speed drives. Typical applications for this type are geared, high-speed (above 3600 rpm) centrifugal compressor drives of several thousand horsepower.

A rule of thumb used in the past for constant speed applications was to consider selecting synchronous motors with more applied horsepower than speed. Of course, this is only an approximation and the preference is for a synchronous motor. Under current standards, this would be considered too severe. However, the rule can help in selecting a motor type by providing some insight into when a synchronous motor may be selected. For example, applications with a few horsepower per revolution typically offer a clear advantage of synchronous over induction motors. In fact, at the lowest speeds, larger sizes and the highest hp/rpm ratios may be the only options. 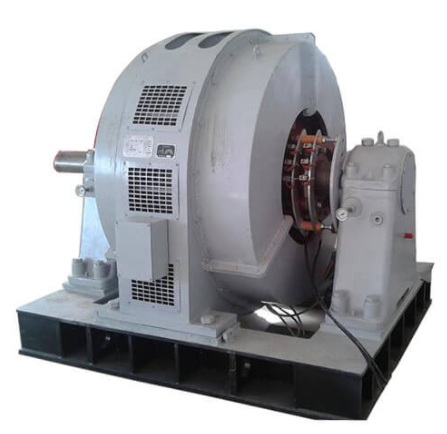 Please contqact ZCL if you have any questions, send us an email to get the quote.